Lantern Takes Drilling out of the Dark Ages

Bridging the gap between what mining companies want and what diamond drilling companies can provide has long been a challenge in the mineral exploration industry, but new developments in data-driven technologies are now bringing the two sides closer together.

Ron Konst, Head of Client Support at Lantern Software says traditionally, drillers have relied on paper timesheets to record daily activity, including crew hours and the metres drilled by their day and night shifts. Costs have been scribbled on whatever is available and rain proof, then sent to head office to make sense of it all.

“Often many days later, this archaic form of cost reporting makes its way back to the field, to project managers and field geologists tasked with making sense of it all and selling it upstairs. If you’ve ever wondered why junior mineral exploration companies are always struggling to manage their costs, this may be why,” he jokes.

Lantern was built with these pain points in mind. Incentivized by mining companies and drillers seeking new ways to find efficiencies and reduce costs, it was developed to streamline timesheet entry and use real time data to inform decision-making and optimize available metres. The platform also takes an intuitive, step-by-step approach to minimize errors and speed up data entry. 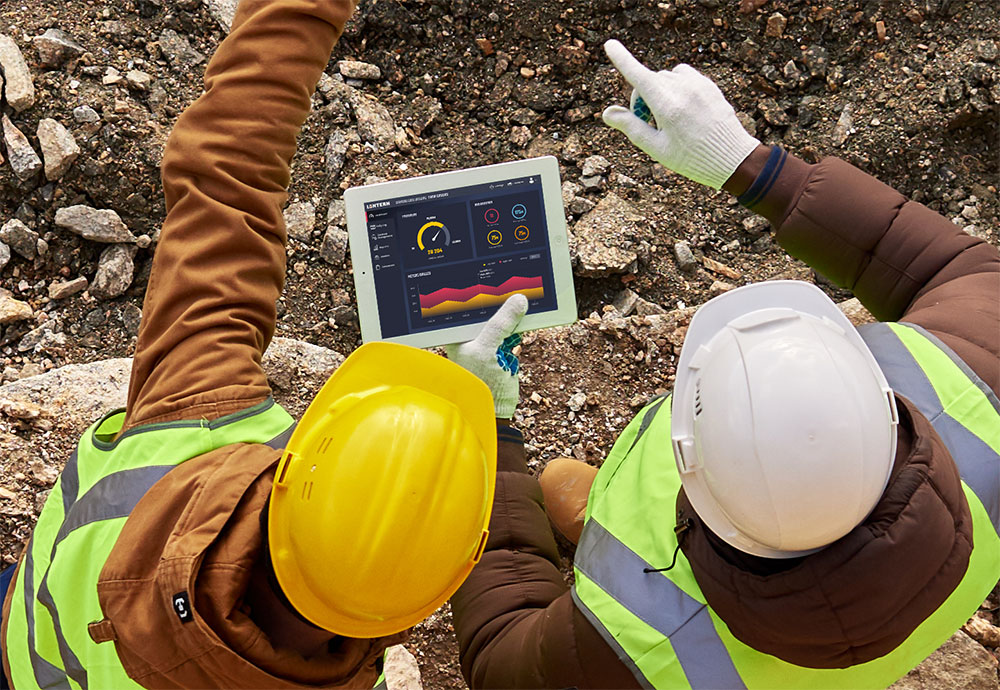 To provide the driller’s head office and their exploration clients with the information they need, the team at Lantern focused on two key objectives: to provide users with an immediate visualization of their hole progress and costs, as well as to allow all parties to react faster and make better decisions.

“Drillers get to stay on top of their timesheets and optimize the services they offer, while exploration companies get to monitor their progress and avert the disaster of unexpected cost overruns,” says Konst. “It’s a win-win for both sides.”

Software technologies like Lantern are emerging as the mining industry evolves and companies realize that they have a lot of catching up to do when compared to other sectors such as oil and gas, he adds.

“With Lantern’s uniquely intuitive software, the landscape fundamentally changes. Drillers are able to enter their timesheet data, services and materials costs in real time, along with metres drilled per shift,” he says. “In turn, the mineral exploration companies they serve can see how their projects are performing in real time, down to the penny. Both sides learn to become better companies.”

The cost ranges between $5 and $10 per timesheet.

“Given that the average timesheet is worth thousands of dollars to both driller and client, it’s a small price to pay for project certainty,” Konst remarks.

Lantern formally launches in mid-March, but many drillers and mineral exploration companies have already signed up to trial the software.